Burna Boy and the case of disregard for Intellectual Property

It's absolutely terrible the way intellectual property is disregarded in this part of the world.

Hard working creative individuals are contracted to do work for one thing or another; and then the contractor turns around and uses their hardwork for their benefit, without due compensation. If we continue keeping quiet about this rubbish, it will keep happening.

In 2014, I published a post about Absolut requesting the services of my younger brother Anthony (and other artists) and skipping the compensation promised. Then going ahead to use the materials produced for their local marketing and growth. The same thing has repeated itself again, but this time the perpetrator is Burna Boy and his management.

To be clear, I'm a big fan of Burna's music, I jam his songs a lot of time when I code (and will definitely still do in the future). But if you disrespect or steal from my team (family is my no 1 team), you've drawn a line that is hard for me to ignore. I'll call your arse out.

On the 31st of October (which happened to be Anthony's birthday), he got home and announced to me that he got a phone call from Burna. Burna requested that his (nascent) graphics/animation company Insecta Studio, create materials (branding and stage animation) for his next performance. The performance turned out to be at Essence Festival in South Africa (Anthony didn't even know this then). I was excited for him and his team.

We took it that they had decided that they aren't going to use Insecta Studios anymore, so Insecta looked elsewhere for business. Then suddenly, we discovered that the artwork that was sent to them as a sample sketch was actually used at Essence Festival and it is being fully used for ALL of Burna Boy's branding/social media.

WITHOUT CONCLUDING AND PAYING A DIME TO THE ARTIST!

What kind of terrible habit and disrespect is that? Every time Anthony called his people, the guy will say that he's on set and that he can't respond. Only for us to see this. We're taking legal actions against them already.

BTW, if you need any animation or graphics or graffiti or video editing, you can reach Insecta Studios at http://www.insectastudios.com/. Client include VConnect, Gidi Culture Festival, Falz (Karisika video), among others.


Anyways, find all their interaction attached below and all the place where Burna Boy and his people have used a material that they have decided not to pay for to do their public profile and branding. 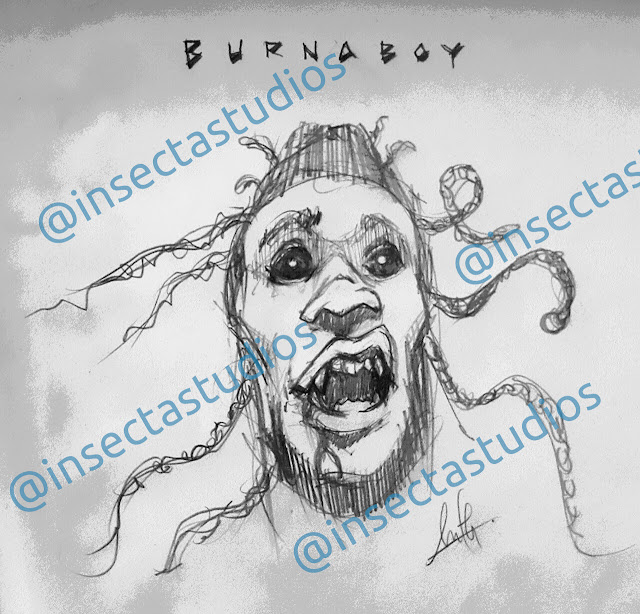 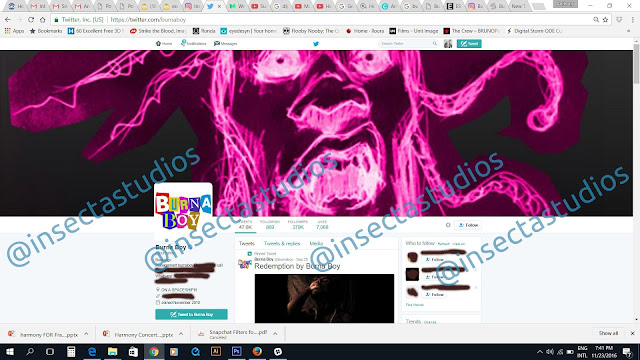 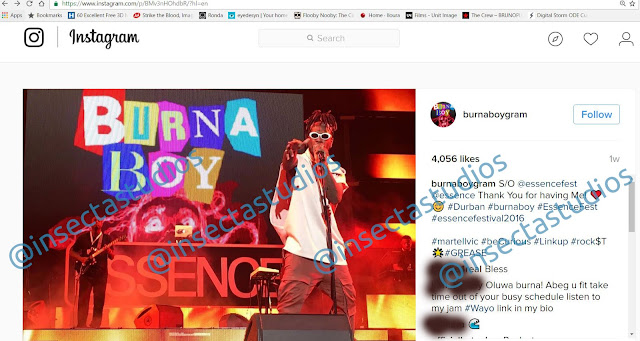 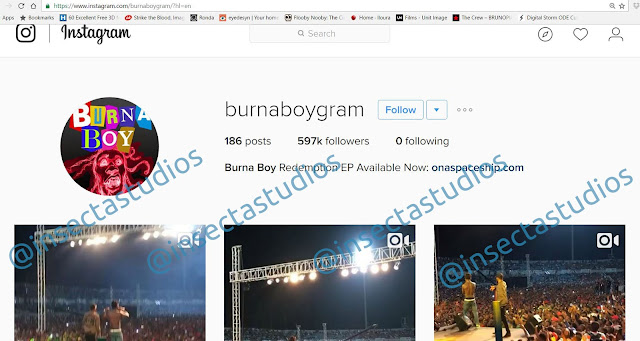 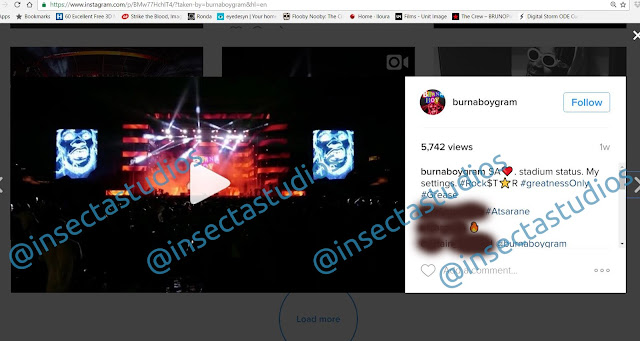 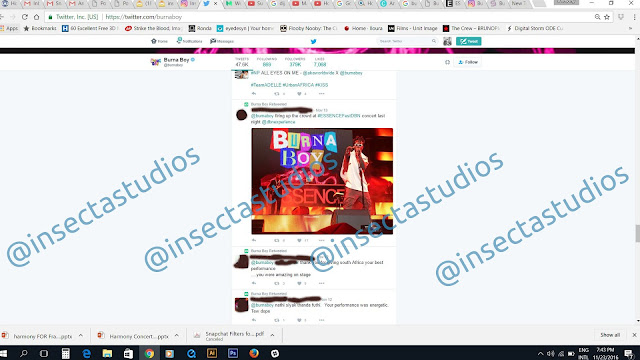 It's important that this rubbish stops. Which is why I'm publishing this. Disrespect for creative people's work and IP shouldn't be tolerated in any form. Speak up against whoever does it to you, if/whenever it happens. Don't be silent.

Since I first tweeted about this (Find thread embedded), a number of visual artists have informed me that they've been exploited in one form or the other by other creatives. You would imagine that these people connect with the creative process and will be sympathetic, but no. This is absolutely wrong and needs to stop.


Burna Boy @burnaboy, your fada. Una no wan pay for art work abi but una dey take am do full branding? You & your management.

Posted by celestocalculus at 6:43 AM

Too bad our people do not value creative and intellectual property. Kindly sue his arse and make sure justice is served as a deterrent to other intellectual thieves